Dr. Homeyer joined the faculty in the School of Meteorology in July 2014 and shortly thereafter established the CCC Research Group. He completed all three of his degrees (B.S. in Meteorology, M.S. and Ph.D. in Atmospheric Sciences) from 2004-2012 at Texas A&M University in College Station, Texas prior to receiving a postdoctoral fellowship in the Advanced Study Program at the National Center for Atmospheric Research (NCAR) from 2012-2014. He served as Associate Director for Undergraduate Studies in the School from 2017-2018 before moving into a similar role supporting the Graduate Program. 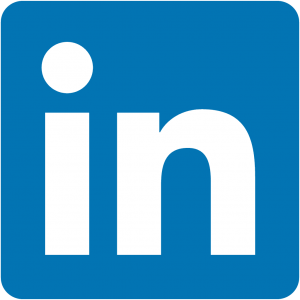 Elisa joined the CCC group in August 2016 and has completed studies of severe storms using ground-based radar observations and high-resolution satellite imagery, with a focus on severe hail events and above-anvil cirrus plumes. She is a core participant in the NASA DCOTSS field project that will be conducted from 2019-2023 and her primary research focus is on understanding the dynamics and chemistry of above-anvil cirrus plumes. She completed a B.S. in Atmospheric Science at the University of Louisiana-Monroe in May 2016 and an M.S. in Meteorology at the University of Oklahoma in December 2018.

Amanda joined the CCC group in August 2020 and is studying automated detection of above-anvil cirrus plumes and overshooting tops using deep learning models and a novel combination of satellite, radar, model, and human labeled data. She completed a B.S. in Meteorology at SUNY Brockport in May 2017 and an M.S. in Meteorology at OU in July 2019.

Emily joined the CCC group in August 2018 and is studying the impact of convection on the composition of the upper troposphere and lower stratosphere using ground-based radar observations, satellite-based trace gas observations, and a trajectory model. She completed a B.S. in Meteorology at Central Michigan University in May 2018 and an M.S. in Meteorology at OU in December 2020.

Tyler joined the CCC group in July 2019 and is studying tropopause-overshooting convection and its relation to severe weather using radar, satellite, and aircraft observations. His work is supported by the NASA DCOTSS field project that will be conducted from 2019-2023. He completed a B.S. in Atmospheric Sciences at the University of Illinois in May 2019.

Andrea joined the CCC group in June 2018 and has ran and analyzed millions of trajectory calculations initialized in tropopause-overshooting storms over the United States and is currently participating in and supporting the DCOTSS field project. She is currently pursuing a B.S. in Meteorology at the University of Oklahoma with an expected graduation date of May 2021.

Kiley joined the CCC group in May 2020 and is helping create and analyze a unique set of 5-min GridRad data for severe weather events (tornado, hail, and wind), approximately 100 per year from 2011-2019: GridRad-Severe. She is currently pursuing a B.S. in Meteorology at the University of Oklahoma with an expected graduation date of May 2022.

Welcome to the website for the Convection, Chemistry, and Climate (CCC) research group in the School of Meteorology at the University of Oklahoma!

On this website you will find information on group members, group research activities, and our peer-reviewed publications.

Questions/comments related to the content provided on this website, inquiries about graduate school opportunities, and communication from the press should be directed to  Dr. Cameron R. Homeyer.